A sweet, chocolatey concoction that the nation loves, we explore the history of hot chocolate

Hot chocolate has been enjoyed for centuries. Cocoa was originally grown and harvested in Mexico by Olmecs and Mayans, but it is most famously associated with the Aztec civilization. Over the years there have been many variations of the chocolate liquor, which we now know as a rich, creamy, sweet drink. With the introduction of our new monkey mascot, we look at the history of hot chocolate…

Hot chocolate is made from cocoa seeds, which grow in pods on the bark of the Theobroma (which translates to ‘food of the Gods’) Cocoa tree. To make the cocoa seeds into an edible form they are dried and roasted, leaving the cocoa nibs. The cocoa nibs are then crushed into a thick paste that can be mixed with water to make a chocolate drink.

It is believed that the first chocolate drink was made in Mexico, in as early as 500BC. One of the animals you are likely to spot in the Mexican rainforests, where you’d find cocoa growing on the Theobroma trees, is a monkey (in particular howler and spider monkeys). We would like to introduce our new Jelly Cat monkey mascot, Theo, who will be looking after all things hot chocolate here at Miles. Our tropical friend is available to purchase, with or without our Heavenly Hot chocolate! 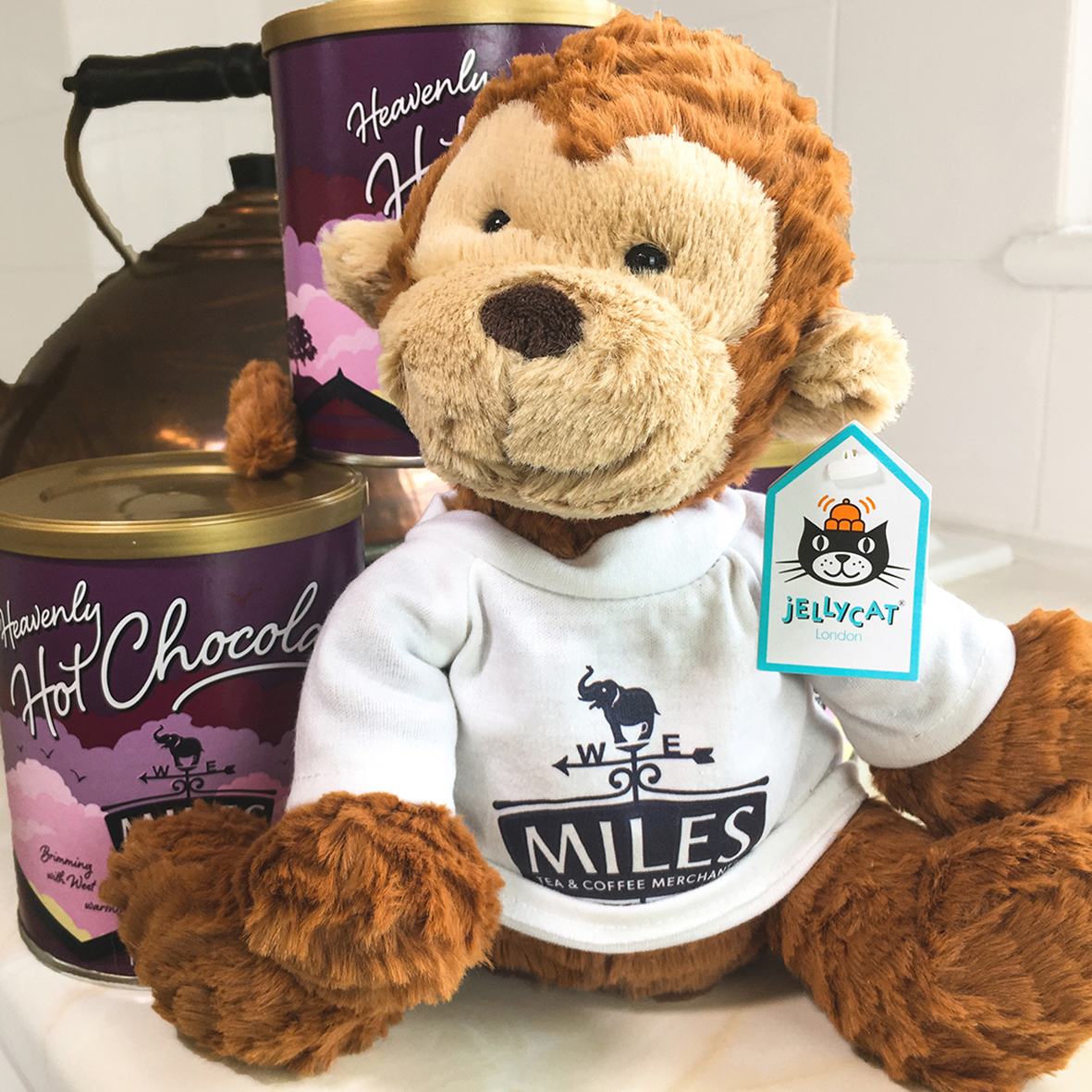 The chocolate drink was originally made up of ground cocoa seeds mixed with water, cornmeal and chillies. The Aztecs would drink the chocolatey mixture cold, while the Mayans preferred it hot. Both the Mayans and the Aztecs would aim to create a foamy, thicker drink by pouring the liquid from one cup into another, from a height and repeating it until they had the desired consistency.

Chocolate was given to Aztec soldiers to help them in battle. Ground cocoa was sandwiched between wafers and given to the men in their rations. They could then mix the ground cocoa with water to make a drink that is believed to enhance mood, lower blood pressure and increase alertness. Cocoa was thought to improve blood flow to the heart and brain and relax the muscles in the lungs, to aid coughs. Since Aztec times, ground cocoa has been included in military rations for hundreds of years, across the world, with a lot of the chocolate given to the wounded to help them get their strength back.

In the early 1500s an explorer brought cocoa and the chocolate drink to the court of King Charles V and the drink quickly became popular in Spain, however the recipe was changed, sweeteners were added and the chillies were removed. 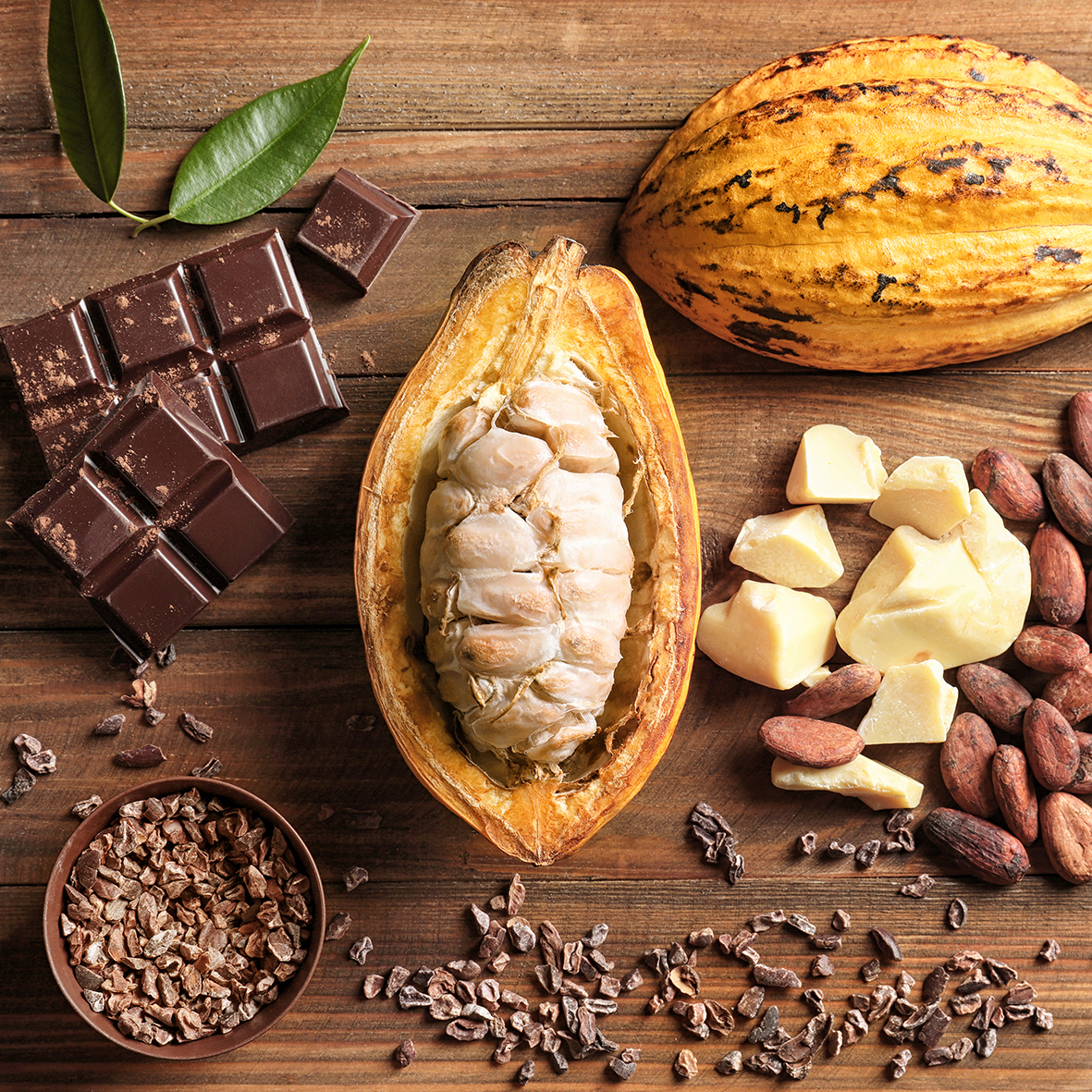 Cocoa beans were also used as currency and the chocolate drink was considered a luxury. It was more expensive than coffee, and its consumption was limited to nobles, royalty and soldiers.

The drink travelled through Europe and reached London in the 1700s. Hot chocolate was served in chocolate houses and, although expensive, was extremely popular. As well as being a sacred drink, hot chocolate was still used as a treatment for illnesses, such as stomach and liver diseases.

Physician Sir Hans Slone travelled to Jamaica and brought back a new recipe for hot chocolate on his return to the UK. In the new recipe the cocoa was mixed with hot milk. The nation started to add milk to their chocolate drink and it became popular as an after-dinner beverage.

Fast forward to the middle of the 18th century when cocoa powder was invented in Holland. At this time the cocoa bean trade was almost completely controlled by the Dutch. The powder that was created blended with both milk and water more easily than the ground cocoa and lead to the creation of chocolate bars. The first chocolate bar, as we now know it, was not invented until 1839.

Nowadays we drink hot chocolate as a warming winter pick-me-up, a chocolatey Easter treat or to relax with in the evening before we get our beauty sleep. How do you drink yours? 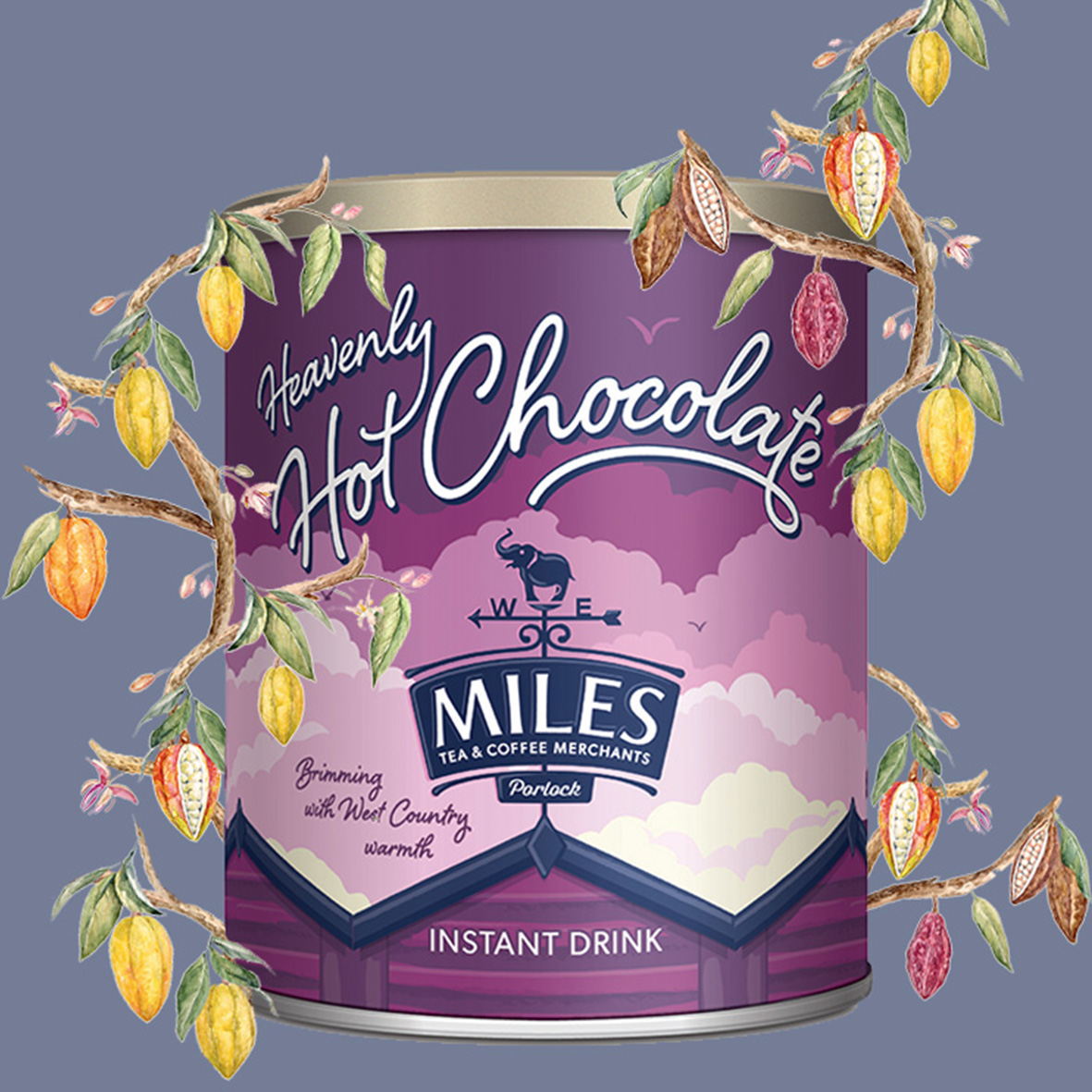