Pour a perfect cup of tea

It’s an age-old debate; should you pour the milk or the tea into your cup first? The nation appears to be divided, with some arguing that they can tell whether the milk has been poured before or after the tea and others finding they are unable to tell the difference. But, who is correct? 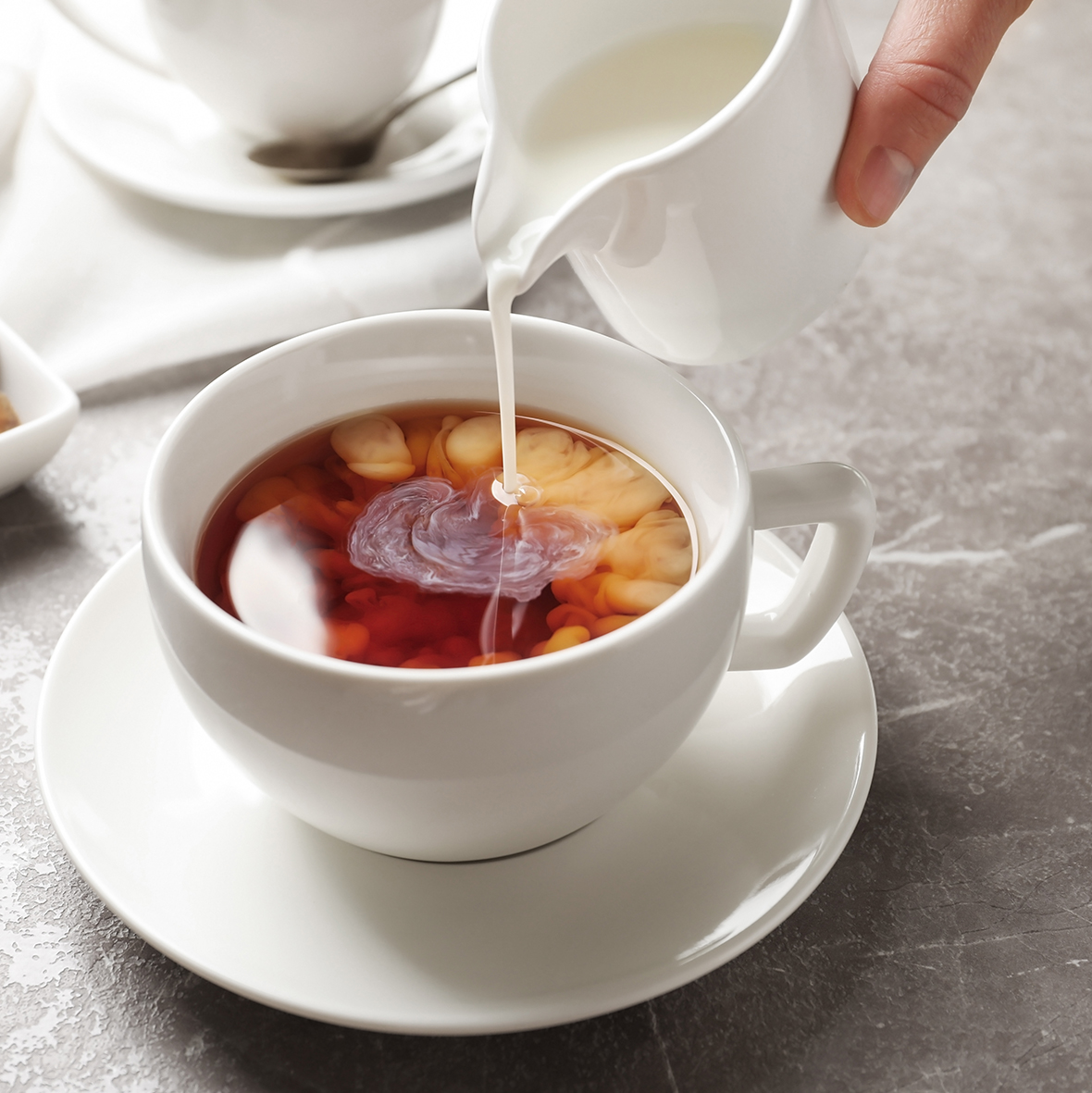 Tea is the most popular non-alcoholic drink in the UK, with over 100 million cups being drunk every day. Brewing the perfect cup of tea is a science, with the temperature of the water being a key element for the tea leaves to properly infuse and release their flavours. If the tea is steeped for too long, the flavours can turn bitter, but brewing for too little time can result in a week flavour. Follow our brew guide for getting the optimum temperature and time for the perfect cup of tea.

When it comes to adding milk to your cup of tea, which 80% of tea-drinkers do, there is argument for pouring it in after the tea has finished brewing. When you add cold milk to the tea, you are lowering the temperature, which could mean a proper infusion doesn’t take place and you do not get the full flavours from your tea leaves. This is something to bear in mind if you are making your tea directly in the mug or cup, however if you brew your tea in a teapot and then pour it into your cup the milk cooling the tea is less relevant as your tea has already infused in the pot.

In years gone by, pouring the milk first or last is said to have been a division of class. Loose leaf tea would have been brewed in a teapot before being poured into teacups. Only the most expensive bone china cups could withstand the temperature of the boiling water. Those who could afford the expensive china cups would pour their tea first and add their milk second, but those who had cheaper cups would have to pour the milk in first so that the hot tea didn’t result in cracked cups. It is said that the royal family pour their tea first, before adding milk.

Pouring the milk into your tea second means you have more control over the colour and strength of your tea. You are more likely to add too much or too little milk to your brew if you pour it into the cup before you pour in your tea.

When it comes to brewing your tea in a mug, milk first is a big no, no! The tea leaves are hit with the cold liquid and they do not infuse properly when the hot water is poured in.

Our director and tea taster, John Halls, says the perfect cup of tea is made in a pot and the milk is poured first, into the cup, followed by the brewed tea.